You may think that to innovate like an entrepreneur you need to be fearless, wrong! You’ll be much more successful when innovating with motivational fear.

In a world where we encourage would-be entrepreneurs to create their own business, to be innovative and create new markets; intrapreneurs to take risks, save the large multinationals with disruptive projects… we expect people to be fearless, to embrace risks, take leaps of faith and go into the unknown. But expecting people to be without fear is nonsense! Motivational fear is the answer.

Let’s explore once again what we don’t feel comfortable with… emotions, and see how they fit in with innovation. After considering anger as a source and drive for innovation, let’s deep dive into the scary hidden yet very present dark cave of fear.

As before, understanding the emotion is the best way to be able to make it useful. So first what triggers fear? As we all know this deeply rooted neuronal and chemical mechanism starts with a perceived threat to our lives. Now in our everyday modern life we are not (often) in life endangering situations; however our capacity to perceive danger to our status, health, emotional safety, security, job sustainability, is very active. Now without going into the extreme of paranoia, we are perceiving potential threats around us in our environment, not seeing them could be a menace to our lifestyle, our performance as an organisation, a big mistake for our new business endeavors.

What are we really scared of?

Well we can all rationally see that fear is useful, but we get scared by the consequences of its chemical reaction: the heart racing due to the adrenalin rush, the speed of uncontrollable thoughts, the agitation of hands and feet, the shortness of breath, and general lack of control. We also fear the image we give of ourselves while being anxious, are people going to think I am weak, crazy, unconfident, unproductive, etc?

Again the emotion is not the behavior. Feeling fear does not mean being weak. Feeling fear means being aware of potential dangers.

Fear gives you speed and the physical capacity to be ready to fight, flee or freeze (depending on what is the most appropriate response according to the danger faced), it opens your eyes wide to ensure maximum awareness while quickly focusing your attention on the threat.

Show courage, act through the fears

Fact n° 1: fear is triggered by a perceived danger.

So when you feel fear you are ready for action while being risk aware.

« Feel the fear and do it anyway » Susan Jeffers

Entrepreneurs being fearless would be stupid, but being risk aware with a healthy dose of fear would mean they are taking action in a rational way, this is what I call motivational fear. They are going into the unknown whilst still keeping watch of their evolving environment as it unfolds before them so that they can adjust their course, their strategy. Being risk aware does not mean being risk avert, but risk conscious and consciously acting upon this awareness.

How can fear be useful in an organisation?

Now I’m not saying that you should terrify your employees as fear (and especially extreme fear) triggers survival mode which is very individualistic, « I want to save MY life ». But a touch of fear can stimulate focus and action as a collective. First people need to feel safe in a collective being a team, a company or a family. Then awareness of potential dangers to the collective can trigger a sense of urgency for action. Say a new entrant is threatening your market position, feel the fear and get people into a « save the boat » mode, not a « save MY job » mode. So here, fear is very rational, increases the awareness of risks and is a wake-up call to action. The safe and reassuring culture will maintain the cohesion of the organisation and avoid the ego-centric skin saving behaviours.

The sharp attention that fear triggers can also be very useful to focus on the problem, to deal with the constraint and innovate even on a shoestring.  Innovation often emerges from challenges and constraints rather than complacency and satisfaction. Since time is of the essence here, innovation will be quick and dirty, rather than lengthy planned and heavily financed, but will give teams the opportunity to test fast, learn fast and pivot fast. Fear is a boost of speed, which is what is needed for a reduced time to market strategy when competitors are at the door.

The example of Tencent (Chinese company who created WeChat) is interesting in this regards, although it has to be taken with a pinch of salt as this practice is very culture-dependent, and with internal competition comes its lot of potential frustration, burn out and redundancies.

However, we can learn from this experience that as competition increases, creativity, wider awareness, and alertness are increased too, in the service of fast innovation.

“Better to disrupt yourself than being disrupted by an outsider” Pony Ma (Founder, CEO & Executive Director @ Tencent Holdings).

Lastly, fear is about addressing the threat, it is not about trying not to look at what is disagreeable or what could scare the shareholders. It is about being realistic, facing the issues and dealing with them even if it doesn’t make us look good, rather than accumulating blind spots and ending up in a deep dark hole from which it is far too late to get out.

Fear is healthy for the organisation, it maintains a good level of awareness and energy to face the ever changing environment. The trick is to create a culture in which people feel safe, in which they won’t need to be in survival mode and in which they will be able to channel their fear for collective actions, “all hands on deck!”. 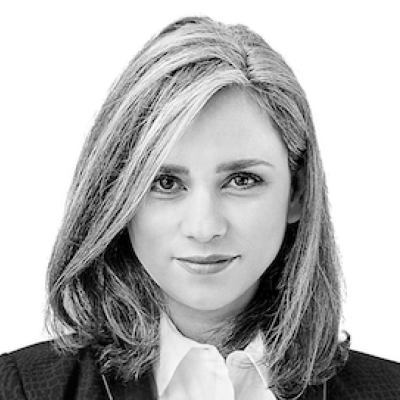 Fail Fast: Beyond the buzz 1/4