After years of strain and pressure from new digital opportunities that passed by, multinational corporations seem to have found  their innovation mojo back. Their idea has been incredibly simple after all: let’s embrace the strategies that created Uber-like challengers out of nowhere. By creating your own disruption engine — and keep it under control — you will finally outrun all these puny startups, and find new business models of your own.  And after that, ramping up new businesses should be simple enough given your scale: even unicorns in the billion-dollar valuation club can’t really beat you at that game.

It’s just a matter of replicating how startups work, and writing your very own corporate incubation playbook…

A corporate incubation program is a dedicated risk-open zone where teams can experiment tools and market strategies that wouldn’t be acceptable elsewhere in the company.

Well, before trying to offer a few ground rules in that regard, let’s start by pointing out a few facts of life that you are more than happy to just forget:

First of all, if you’re seeking an incubation playbook you may want to remember that multinationals have proven to be extremely inefficient at startup acquisition. The fail ratio is monstrous. To the point of one should question the financial sanity of even trying to do so.

To be fair there are also indisputable successes.

They are usually scored when multinationals acquire startups for their technology, and then get rid of the remaining overheads such as… the team. Other successes are also recorded when it’s only the customer portfolio that is sought out (think Instagram and Facebook in 2012).

Many would dispute these facts, and argue that startups’ acquisition work to find new market opportunities. But you should always examine the level of vested interested they have in said transactions — and if in doubt, ask Marissa Mayer.

In my opinion, you shouldn’t trust so much your understanding of startups’ mechanisms. Not being capable of cherry picking the best ones and integrating them, is a fair indicator that you’re not going to do it on your own. But of course, admitting this is difficult. You still probably see yourself as an innovating company, while it’s been years, if not decades since you’ve been an innovator yourself.

Remember when your company was introduced in the stock market? Well, look back further… around one year previous that introduction. This is when you certainly had to stop any form of innovation, to enforce the new market status quo you created, and feed your future investors. And now, after years of short-term financial focus, your innovation skills have disappeared. Even when we’re speaking of “plain” strategic investment.

Startups may scale faster than you

Another fact of life that corporations are reluctant to admit, is the effectiveness at which startups can actually ramp up national, or international activities.

If it’s true that startups die, the happy few that survive get funded with big money very rapidly. And if focusing on scaling-up a successful startup is tricky, it is not as tricky as finding the first foothold toward scalability. So past that point, the failure to success ratio of startups in scale-up mode is actually fairly balanced.

This is rather interesting, because on the other hand if multinationals have a tremendous inbuilt scale advantage, they take much, much longer than startups at finding their own way toward innovation. If they find it.

Simply consider that: startups are fast because they die a lot.

It’s a shotgun approach: out of a hundred startups that start around the same time, they all fail, except for one that survives and reaches scalability potential seemingly “fast”. Fast is an illusion. Startups are somehow part of a global ecosystem that parallelizes the search for new business models. Even if the search is far from organized, it’s a synergetic effort. To be fair we should add up the lifetime of all the startups that tried to change a specific market, to really understand the time it took to find the magic formula.

How many startups were launched at the global e-retail problem, before Amazon succeeded?

Meanwhile, I don’t see how a multinational could decide to go bankrupt a hundred times, and be rebooted that many times hoping to find on its own a new way to disrupt its market. Unfair? Yes.

At this point, you probably want to tell me that – duh – this is exactly the point of incubation cells: small, manageable playgrounds where new businesses can be iteratively prototyped, failed rapidly, and all that without affecting the core business. To which I’ll answer again: yes, absolutely.

This is also why it takes so much longer: insulation from the core business can’t be only in one way. It goes both ways. And, once an incubation team sees the light out of the corporate event horizon, stakeholders will react to pull them back in. They want to keep that potential change from messing with their comfort zone. Business as usual is safe and predictable.

Even when it’s predictably obsolete, it does feel safer.

While I’m at it, I will also offer you a free way to benchmark how much you want your innovation program to succeed – and how much likely it is to actually succeed. This benchmark will give you a score ranging from one to ten :

It also means that (2) there’s no real secret recipe that will net you a score of 8, 9 or 10… This is risky business.

You have to deal with it.

Let’s crawl back in a corner and despair

I admit these are bad news. Or at least, not what you sold to the press when you launched your program.

But, I’m not saying that corporate incubation is not doable. Far for it — it’s been a fair part of my business these last seven, and odd years. And because I have vested interests in your success, I’d like you to reconsider your incubation strategy, and confront these issues with a cold, clinical eye.

One of the keys of building successful corporate incubation is clearly to set expectations right. I would suggest that your first mission as a SVP fueling resources in such a program, is very plain: decide what are the revenues you want to collect.

These revenues are of three sorts:

In my experience, you seek them in that very order of importance: business first, knowledge if possible and culture when we’ll have time because it’s a long-term endeavor.

Consider it the other way around culture comes first because it’s long-term, but it’s also what you build innovation upon. There’s no way out (not until Alphago takes over and people are farmed to produce electricity for our silicon overlords).

And on top of that…

Then, knowledge will help you nest short-term successes, and establish some credentials with the rest of the executive committee. You know you’re doing something right when the SVP of a successful division will ask you if you’d care to incubate a few projects exploring ideas he has.

And lastly, if you’re lucky enough after 3-5 years, you may have a chance to see a light at the horizon for the whole corporation.

Worst case scenario, the light will appear anyway because meanwhile, you were scouting the market for the rest of the company, and rebuilding talents right and left, other divisions have taken fair advantage of your work and find the light on their own. Is that such a bad scenario?

In the next part, we’ll start detailing these three “revenues” and explore what they really mean, where are the traps you’ll be facing while trying to harvest them, and how to prepare your program accordingly. 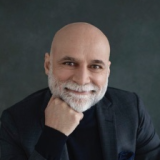 Whitepaper on strategic mentoring
Terms and Condition of Use